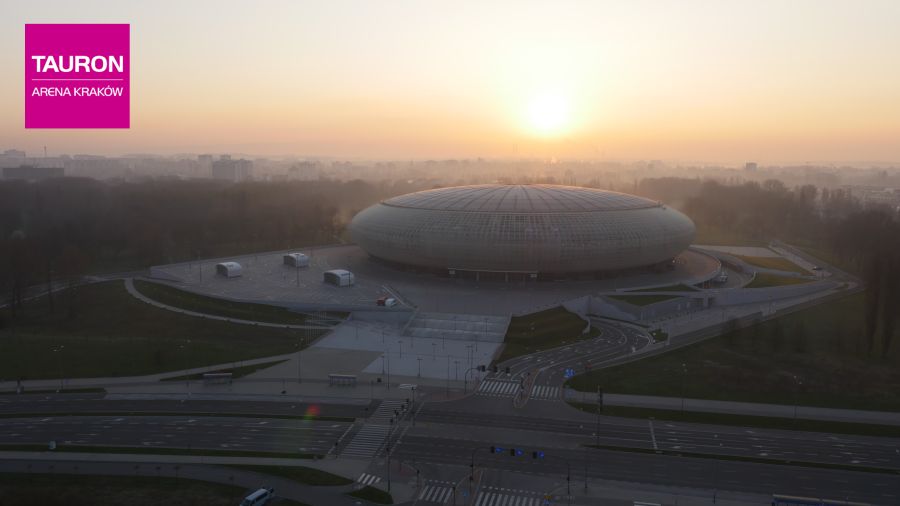 TAURON Arena Kraków is the biggest sports and entertainment facility in Poland and one of the most modern facilities of its kind in the world. It is located only four kilometres away from the Main Square in Kraków and surrounded by the picturesque Park Lotników Polskich (Polish Pilots’ Park). It is also very well connected to the remaining part of the city in terms of traffic. The project was implemented by Agencja Rozwoju Miasta S.A., a company owned by the City Commune of Kraków. The facility was commissioned in May 2014. TAURON Polska Energia S.A. has been the naming rights sponsor of the facility since February 2015.

In June of 2015. TAURON Arena Krakow, as the first in Poland, became a member of the European Arenas Association - an association of the largest sports and entertainment facilities in Europe. 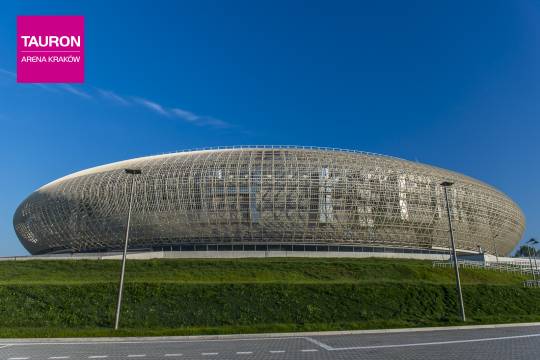 TAURON Arena Kraków is a complex comprising two halls: a large hall, and a smaller hall referred to as the training hall. The main hall is a huge arena (with an area of 4.5 thousand sq. m.; the entire facility takes up over 61 thousand sq. m.) with three levels for the audience, including seats and standing spaces in the standing floor (the facility can accommodate over 21 thousand people, including 15 thousand people sitting in the stands).

The audience area can be configured as needed. Moreover, the facility provides convenient back facilities for sportspeople and artists, developed multimedia and stage systems, and good acoustic conditions. Thanks to the above, the facility meets the requirements for all types of events.

An exclusive VIP section can accommodate 500 people in separated sectors and comfortable galleries. At the same level, there is also a restaurant and two conference rooms (the Western Room, 264.63 sq. m. and the Eastern Room, 257.68 sq. m.; each of the rooms can be divided into smaller rooms). The rooms have all the equipment required for conferences, training sessions, and lectures, as well as a catering facility. 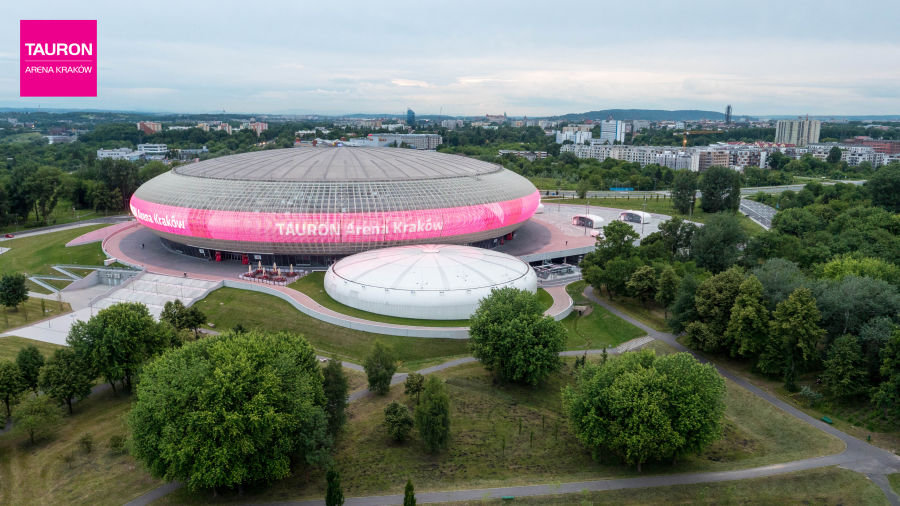 The main arena is complemented by the Small Hall with a standing area of over 1,700 sq. m. and more than 300 seats. During large-scale events, it can serve as a training hall or a place where performers can rehearse. It is a perfect room in which to hold smaller events.
Guests who attend events held at TAURON Arena Kraków can use 1,370 parking spaces. The entire facility and the area around it are adjusted to the needs of disabled people. There is also a one-of-a-kind LED screen, more than half a kilometre long, mounted on the facility’s facade.